Sudden winds cause havoc around Port Nelson.
Rob and I were having a lovely early dinner in a restaurant overlooking the Nelson Haven and outer waters of Golden bay when all this unfolded. Note pics taken through a window (while sipping a nice cool beer!)

Tanker close to coming into the entrance is turned away back into Golden bay at last minute as the wind got to strong gale force so that tugs and pilot boats can attend people in trouble. 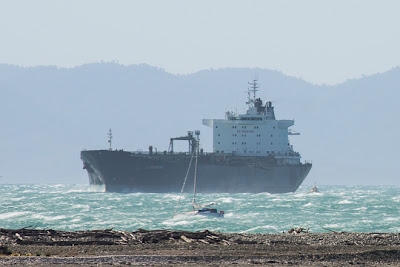 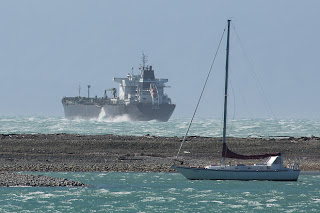 Tug tries to come along side but too dangerous 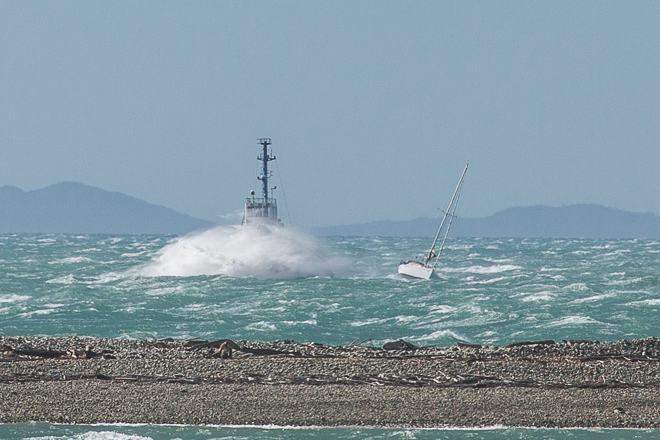 Decision made to shepherd yacht into safety which it did 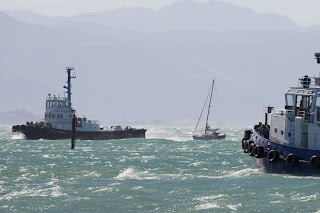 In the middle of this chaos a swimmer! 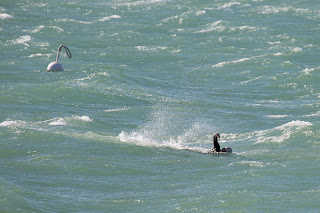 Another 50 year old German swimmer was rescued by the pilot boat and had been clinging on to a mooring and was said to be close to death. Meanwhile the tugs rescued two other yachts one with rope around the prop. I spoke to one of the yachties (from the yacht above) when they came back to the marina (we rushed around there) and he said it was a hell of an experience and took them totally by surprise and they had no option but to drop the anchor and hang on till help arrived.