When Australia announced they were entering a contract to build nuclear submarines it made me wonder about nuclear power in general. One surprise was the number of plants in the world today.

USA leads the world, followed, surprisingly by France which is only twice as big (land mass) as New Zealand. 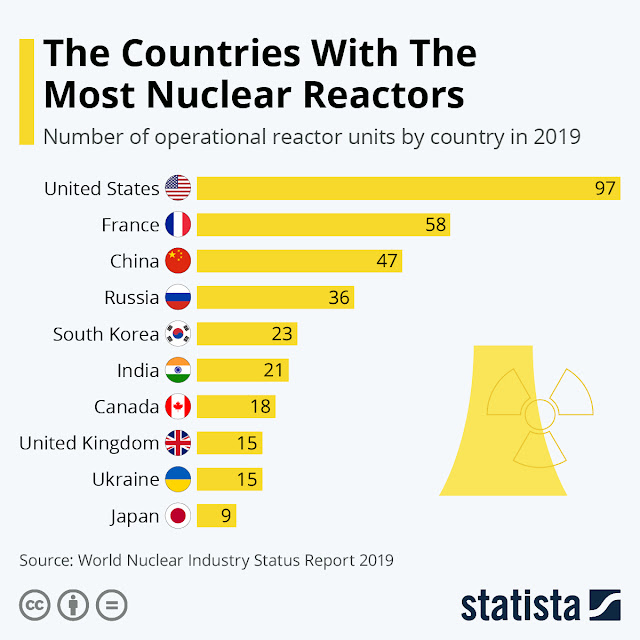