This grave caught my eye because Corporal Joe Bradley died or was killed at TePapa aged 86 while he was still enlisted. He joined the company in  1855 when  he was 77! He was born in Manchester England in 1778 and was a Fitter by trade. I can't imagine anyone joining the army at that age.
The grave and the memorial are at the Tauranga Mission Cemetery.
The cemetery is thought to contain the remains of about 100 imperial and colonial troops and 14 Māori warriors who died while on active service in the Tauranga district during the New Zealand Wars. Fewer than half of the graves are marked with headstones or ground plaques. 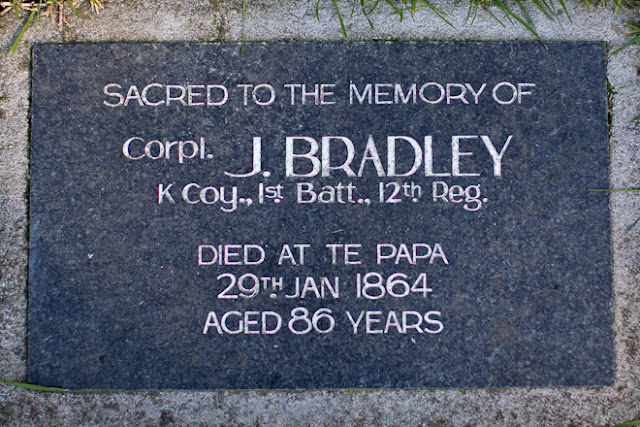 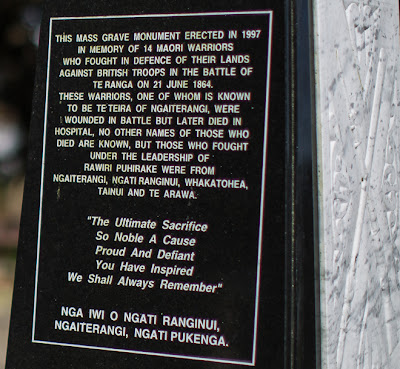