This was the facade (above veranda) of the old Majestic Movie theater in Trafalgar St. Some years back it was badly damaged by fire in the mid 90's.
As kids we spent many happy afternoons at the "Majestic". If you were lucky or rich enough to go upstairs there was a lovely ornate staircase and to us kids it was a wow experience to be in such luxury.
Perhaps in today's world it would, in reality, be a bit of a dump! But that's not as I remember it.
One film I can recall seeing there was The Young Ones, one of Cliff Richards early movies and to us a really modern film (I was about 11 in 1961) as it was still mostly black and white flicks for us kids. Another film I recall, god knows why,was Island In The Sun. I was really young for this one as it was in 1957 so I would have been 8 or so. I have always remembered Harry Belafonte's song of the same name from that film. He also starred in the movie. In fact last year I brought the CD so I could hear the songs again. Strange for a young kid to remember that stuff.
An extract from the Nelson council records read as follows.
Movies came to Nelson in the early years of the 20th
century. By the 1930s the city had two purposebuilt cinemas, the Majestic and the State. The State, a notable building architecturally of its era,
survived the downturn in movie going which followed the introduction of television. The Majestic
Theatre was destroyed by fire. 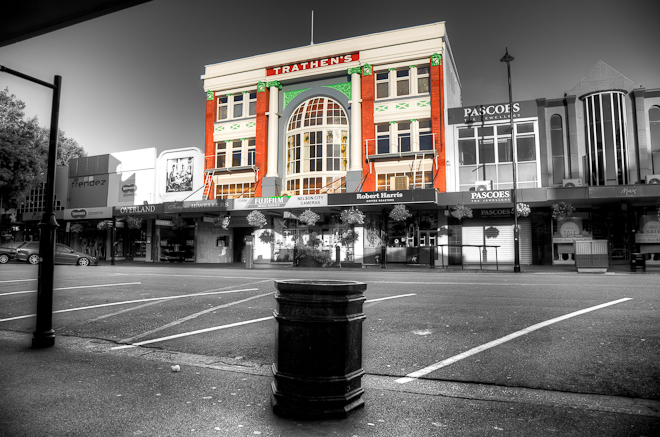